You are here: Home / Archives for Bereavement 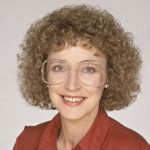 When Coronation Street actress Anne Kirkbride sadly passed away from cancer at the age of sixty, there was an outpouring of grief from those who knew her and those who had watched her character Deirdre Barlow on-screen for over forty years. Coronation Street cast members and viewers alike mourned the passing of the actress who had played one of the programme’s most iconic characters, and the sadness that we would no longer be seeing Deirdre … END_OF_DOCUMENT_TOKEN_TO_BE_REPLACED